In prepared remarks for a webcast with the Peterson Institute for International Economics, Powell said more policy efforts might be needed to pull the U.S. economy out of the downturn that has so far cost more than 30 million U.S. workers their jobs.

“While the economic response has been both timely and appropriately large, it may not be the final chapter, given that the path ahead is both highly uncertain and subject to significant downside risks,” Powell wrote in the remarks.

Powell didn’t specify exactly which additional measures might help, but he indicated that it includes more financial support from Congress. He also said the Fed will not consider negative interest rates.

“For now it’s not something that we’re considering.”

“The scope and speed of this downturn are without modern precedent, significantly worse than any recession since World War II,” he added. “We are seeing a severe decline in economic activity and in employment, and already the job gains of the past decade have been erased.”

The Federal Reserve has already taken a number of actions to stem the negative impact of the health crisis, convening multiple emergency sessions that lifted certain regulations to stimulate growth and cut key interest rates to near zero.

The S&P 500’s energy sector fell 4.4 percent while the financial sector dropped 3 percent to drag the index down Wednesday.

The Nasdaq on Monday closed out six straight days of gains before falling 2 percent Tuesday.

On Tuesday, House Democrats unveiled a $3 trillion coronavirus relief package, the HEROES Act, which the chamber will vote on Friday. The 1,800-page proposal includes money for state and local governments, rent and mortgage relief, hazard pay for front-line workers and funds to aid mail-in voting programs. 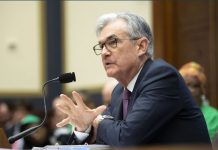 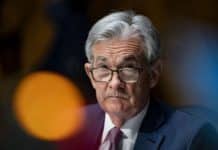 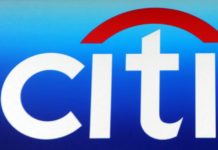