CARACAS, Venezuela, Oct. 28 (UPI) — The Venezuelan opposition on Friday is holding a nationwide strike against President Nicolas Maduro, who ordered a 40 percent minimum wage increase amid an economic and political crisis.

The wage increase ordered by Maduro on Thursday also applies to those receiving food subsidies and to pensioners, who will also receive an increase to their Christmas bonus. Maduro also announced a 20 percent pay increase for the military, police, firefighters, doctors, teachers and public workers.

On Friday, the Venezuelan opposition, consolidated in the Democratic Unity Roundtable, or MUD, coalition, called for a nationwide strike, which will end at 6 p.m. local time. The MUD called the strike because it accuses Maduro’s regime of unconstitutional actions, specifically after the opposition’s efforts to recall the embattled leader were suspended.

Venezuela, the gross domestic product of which the United Nations predicts will decrease by 4 percent next year, is facing a political and economic crisis in which basic goods such as food and medicine are in short supply, unavailable or unaffordable.

“Streets empty, like the stomaches of Venezuelans and shelves,” Venezuela’s Foreign Policy Committee President Luis Florido, an opposition National Assembly legislature member, said in a statement of the strike. “Civil disobedience to restore the Constitution!”

Maduro’s regime and the opposition have accused one another of violating Venezuela’s Constitution. The opposition, which controls the National Assembly, accuses Venezuela’s institutions of making decisions to keep Maduro’s socialist regime in power, while Maduro’s regime accuses the opposition of undermining democracy by working with pro-capitalist companies and international actors, including the United States, to destabilize his government and the economy.

The strikes follows a nationwide protest on Wednesday when Maduro’s opponents packed instead of emptied the streets. Caracas’ notoriously loud, busy streets have been uncharacteristically empty. The opposition has shared dozens of images and videos showing the effect of the strike nationwide.

“The people are sad about the increase. People prefer that wages not rise but inflation be controlled,” Oliveros said Friday. “Another effect is that wage increase will lead to higher unemployment. The government does not care about the private sector.” 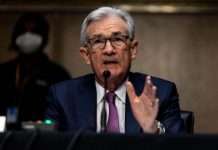