Feb. 7 (UPI) — A study released on Sunday reports that the B.1.1.7 COVID-19 variant is spreading rapidly throughout the United States as the nation nears 27 million total infections.

The report posted on the preprint server MedRxiv found that cases of the variant, first discovered in Britain are doubling every week and a half — similar to trends in other countries where it is present — as it is 35% to 45% more transmissible than strains that appeared earlier in the United States.

“Our study shows that the U.S. is on a similar trajectory as other countries where B.1.1.7 rapidly became the dominant SARS-CoV-2 variant, requiring immediate and decisive action to minimize COVID-19 morbidity and mortality,” researchers in the preprint, which has not yet been peer-reviewed or published in a journal, said.

The Centers for Disease Control and Prevention has reported that 611 cases of the variant have been found in 33 states while the United States has reported 26,986,827 cases and 463,188 deaths related to the coronavirus since the start of the pandemic, including 102,420 new infections and 2,618 fatalities reported Saturday, according to data gathered by Johns Hopkins University.

Florida has reported the most infections involving B.1.1.7 with 187 as of Thursday, followed by California with 145 cases of the variant.

Overall, California leads the nation in cases with 3,335,926 infections since the start of the pandemic, including 15,064 reported Sunday, and a death toll of 43,942 following 295 new fatalities. 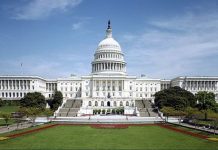