NASHVILLE, April 29 (UPI) — One week after lawmakers failed to make the Bible the official state book of Tennessee, the state enacted a “religious freedom” law that lets mental health counselors deny service to anyone they want if it conflicts with their beliefs.

Haslam, who vetoed the Bible bill earlier this month, tried to deflect some of the criticism by pointing out some of the law’s specifics.

“There are two key provisions of this legislation that addressed concerns I had about clients not receiving care. First, The bill clearly states that it ‘shall not apply to a counselor or therapist when an individual seeking or undergoing counseling is in imminent danger of harming themselves or others,'” he said in a statement.

“The substance of this bill doesn’t address a group, issue or belief system. Rather, it allows counselors — just as we allow other professionals like doctors and lawyers — to refer a client to another counselor when the goals or behaviors would violate a sincerely held principle,” he added.

“I believe it is reasonable to allow these professionals to determine if and when an individual would be better served by another counselor better suited to meet his or her needs.”

Some critics, though, believe the language of the law is irrelevant because they say it legalizes fundamental discrimination.

“We are disappointed that the governor has chosen to sign this troubling bill into law,” American Civil Liberties Union-Tennessee Executive Director Hedy Weinberg said in a statement. “This measure is rooted in the dangerous misconception that religion can be used as a free pass to discriminate.”

Weinberg, whose reaction came under the headline, “Governor Signs Bill Allowing Counselors to Discriminate,” pledged to continue fighting for equal rights for the people of Tennessee.

“Allowing counselors to treat some potential clients differently from others based on their personal beliefs defies professional standards and could cause significant harm to vulnerable people,” she continued.

“This law is yet another attack on the LGBT community in the wake of marriage equality — but we will continue to fight until LGBT Tennesseans are treated fairly and equally in every part of their lives and in the greater community.”

“In our 60-plus year history, this is the first time ever in either the history of the country, or of the association that any legislative body — local, state, or federal — has ever passed a piece of legislation specifically targeting the American Counseling Association and its code of ethics,” Art Terrazas, director of government relations at the American Counseling Association, said. “Nobody has ever done this.”

Two weeks ago, Haslam vetoed a bill to make the Bible the official state book, saying he believed such a declaration would marginalize the religious text. Days later, lawmakers failed in an attempt to override the veto. 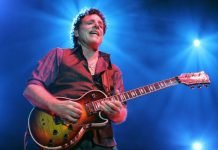 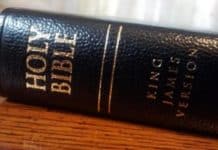