Wilson was killed in his Englewood home Friday evening.

In an earlier post, Guglielmi categorized the incident as “a dispute among teens over gym shoes that ended in senseless shooting,” clarifying that this was not a home invasion as former Speaker of the House and television personality Newt Gingrichhad described it.

Guglielmi told USA Today the suspects turned themselves into detectives late Saturday night and were since questioned.

Davis has said other members of Wilson’s family were home at the time of the shooting. He described the assailants as a 15-year-old boy and a 17-year-old girl. 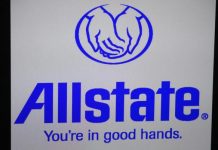