Dec. 17 (UPI) — The United Nations and Palestinian Authority on Monday said they need at least $350 million in 2019 to offset hundreds of millions of dollars in funding slashed by the United States.

Officials said humanitarian programs for Palestinians are seeking more money than requested — last year they sought $539 million — but they needed to be “realistic” about what can be expected.

“Humanitarian actors are faced with record-low funding levels of this year, at the same time we face massive and increasing needs,” said Jamie McGoldrick, U.N. humanitarian coordinator for the Gaza Strip, West Bank and East Jerusalem.

Throughout 2018, the United States announced it was cutting most of its funding for a variety of Palestinian aid programs, including more than $200 million earmarked for basic humanitarian services such as healthcare, education and wastewater projects. In September, the U.S. State Department cut more than $20 million in aid to the East Jerusalem Hospital Network and in August cut off $60 million in funding to the U.N. Relief and Works Agency for Palestinian Refugees in the Near East.

Washington planned to provide $365 million to the UNRWA this year, but ultimately cut all but $60 million.

“Beyond the budget gap itself and failure to mobilize adequate and appropriate burden sharing, the fundamental business model and fiscal practices that have marked UNRWA for years — tied to UNRWA’s endlessly and exponentially expanding community of entitled beneficiaries — is simply unsustainable and has been in crisis mode for many years,” she said in August. “The United States will no longer commit further funding to this irredeemably flawed operation.”

The UNRWA assists Palestinians expelled from their homes during the 1948 Palestine war and the 1967 Six Day war.

“The humanitarian context in the [occupied Palestinian territory] is still deteriorating due to the Israeli occupation violations in a time of lack of resources and declining funds because of the politicization of the humanitarian aid,” said Ibrahim Al-Shaer, Palestinian minister of social development. “We have a big concern on the rights and services for the poorest and most vulnerable households who are in need of humanitarian interventions.”

The appeal seeks funding for 203 projects operated by 88 organizations including national and international non-governments organizations, and U.N. agencies. The funding is slated for security, food, healthcare, shelter, water and sanitation, McGoldrick said. 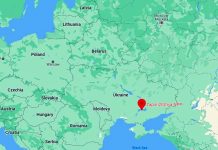 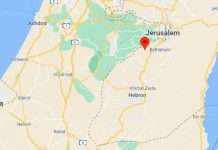