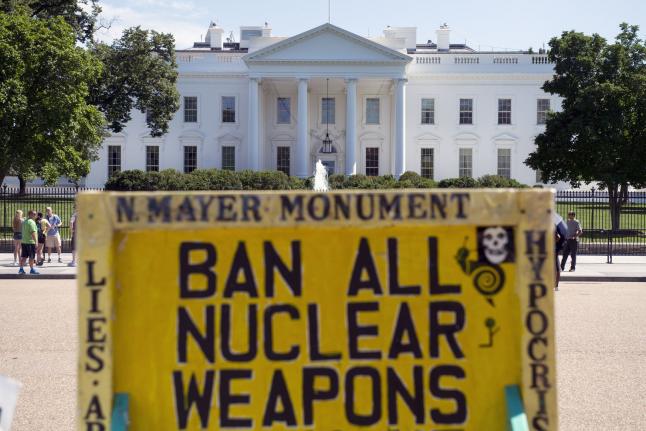 SEOUL, July 31 (UPI) — North Korea‘s refusal to give up its nuclear weapons program is a sign Pyongyang is responding to the Iran nuclear deal with a strong countermeasure, analysts said Friday.

David Straub, associate director of the Korean Studies Program at Stanford University, told Voice of America the North Korean leadership was feeling the threat of becoming the sole rogue nation after the Iran nuclear settlement.

The pressure on Pyongyang is showing in the statements North Korean diplomats recently made in Beijing and Moscow, according to Straub and other analysts.

Kim Hyong Jun, North Korea’s ambassador to Moscow, had told Russian news agency Interfax on Wednesday that Pyongyang is a nuclear power and that it is not interested in unilateral calls for denuclearization.

Straub said the diplomats’ statements have a preemptive aim, and that they are trying to present North Korea as a victim of U.S. foreign policy, South Korean news agency Yonhap reported.

Revere said North Korea intends to take part in any future negotiations as a nuclear weapons state, and that it would rule out denuclearization in favor of discussing a peace treaty with Washington, or disarmament on the Korean peninsula.

On Tuesday, three Korean War veterans in Congress introduced a peace treaty calling for a formal end of the Korean War, according to Rep. B. Rangel’s, D-N.Y., office.

Revere, however, said sanctions must be strengthened and North Korea must be further isolated in order to push Pyongyang into talks.

The added pressure would bring about steps toward denuclearization, Straub said in a separate statement to VOA.

But Frank Jannuzi of the Mansfield Foundation said North Korea has linked its nuclear program to its very survival for 30 years, and that it would be difficult for the United States to persuade Pyongyang to give up its weapons.