BERLIN, Sept. 24 (UPI) — Volkswagen admitted many of its European car models used the same emissions-test evading software that was used in the United States, said Germany’s transport minister on Thursday.

In a scandal that now affects about 11 million vehicles worldwide, Alexander Dobrindt said he was told by the German auto giant that vehicles with 1.6 and 2.0 liter diesel engines have the software installed that will show false emissions test results.

Since the revelation earlier this week that Volkswagen had installed software that doctors U.S. emission test results, the company’s stock has plummeted by 30 percent, CEO Martin Winterkorn has resigned, and 6.5 billion Euro have been set aside by the company to cover the costs of the scandal. Despite the damage to the VW brand, Winterkorn could receive up to 60 million Euro ($66.9 million) in severence.

Because diesel cars are far more popular in Europe than in the U.S., car makers might face greater scrutiny there. Reports of false tests by other brands knocked BMW stock down 10 percent. Dobrindt said random tests will be conducted on various brands.

U.S. and German authorities are planning their own investigations. 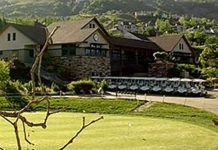 Injured Utah golfer changes story of how he was hurt, reaction to poor swing nearly killed him