May 24 (UPI) — Retail giant Walmart said Tuesday that it’s recalling a line of its Great Value ice cream originally intended to commemorate Juneteenth after it incurred outrage and criticism on social media platforms like Twitter.

“Juneteenth holiday marks a celebration of freedom and independence,” Walmart said in a statement to FOX television stations. “However, we received feedback that a few items caused concern for some of our customers and we sincerely apologize. We are reviewing our assortment and will remove items as appropriate.”

The holiday is celebrated on June 19 to recognize the day in 1865 when the last remaining slaves, in Galveston, Texas, learned they were free under the Emancipation Proclamation. President Joe Biden signed a bill in June 2021 making Juneteenth a federal holiday.

On Monday, a group called Bridge published an open letter urging Walmart to “immediately pull the Great Value brand of Juneteenth Ice Cream, which includes the wording ‘Share and celebrate African-American culture, emancipation, and enduring hope,’ from all Walmart shelves.”

The group’s stated mission is to create a cultural shift in companies where DEI (diversity, equity and inclusion) principles flow through all facets of an organization, from the C-Suite and marketing through product development, procurement and customer service.

“It is a day of commemoration. A serious day. It is neither fun nor frivolous but rather a memory of a very dark and devastating period in American history,” Bridge said. “Would you launch an ice cream called January 27? The day the world remembers the Holocaust. Or April 7, the day that memorializes the genocide in Rwanda. Of course not.

“So why Juneteenth? Clearly, from the slogan on the packaging, you intended to share in the emancipation celebration of Black Americans. But launching an ice cream by its name creates more pain than support. So what went wrong here?”

Comedian Kevin Fredericks on Sunday shined a light on the controversial ice cream via Twitter but also showed examples of Walmart’s other “Juneteenth” products that the company was promoting.

As part of the social media backlash, some people urged customers to purchase Creamalicious ice cream, which is a Black-owned brand also available at Walmart and other stores and that also features red velvet cheesecake as a flavor. 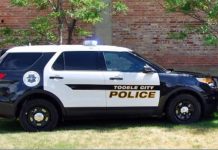 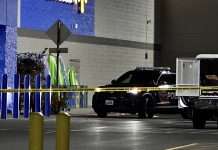