April 18 (UPI) — With the most measles cases nationwide in five years and 74 sickened in Washington state alone, lawmakers there have passed a bill to restrict vaccine exemptions.

The Washington state Senate voted to approve a bill blocking parents from exempting their children from measles, mumps and rubella vaccinations on personal or philosophical grounds.

Under the bill, parents would still be allowed to opt out of MMR vaccinations for religious or medical reasons. They can also use personal or philosophical reasons to exempt their children from vaccinations other than MMR.

The state Senate’s 25-22 vote occurred late Wednesday. No Republicans voted for it and only two Democrats voted against it. Republicans proposed more than a dozen amendments to weaken the bill, arguing it was government overreach. Democrats argued it is needed to stop the threat of spreading disease.

The House passed the measure last month, but it’s been amended — meaning it again needs House approval before being sent to Gov. Jay Inslee, who’s expected to sign it.

Inslee declared a state of emergency over the measles outbreak in January when there were 26 confirmed cases in the state. As of April 10, 74 cases have been confirmed in Washington, the Washington State Department of Health said.

The U.S. measles outbreak has grown to its second-highest level in a quarter century, the U.S. Centers for Disease Control and Prevention said — 555 cases in 20 states. Washington has experienced one of the greatest outbreaks, along with New York, New Jersey and California, officials said.

Washington is one of only 17 states that allow parents to object to immunizations because of personal, moral or other beliefs, according to the National Conference of State Legislatures. New York, New Jersey and California don’t allow philosophical exemptions. 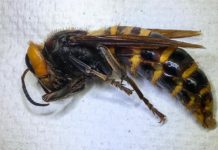