STANFORD, Calif., May 29 (UPI) — By measuring tiny ground tremors from cars, trucks, planes and anything else that moves on Earth’s surface, researchers have mapped the subsurface of Long Beach, Calif., and hope to create a similar map of the entire continental United States.

Researchers used a new software processing technique to analyze ambient noise data collected by thousands of sensors installed around Long Beach to monitor oil reservoirs, and created a map of the Earth’s subsurface up to half a mile deep. That map already has revealed new information about the Newport-Inglewood fault that runs beneath the city.

“It’s a technique that scientists have been trying to develop for more than 15 years,” said Nori Nakata, Thompson Postdoctoral Fellow at the School of Earth, Energy & Environmental Sciences at Stanford University, in a press release. “[Nakata’s] groundbreaking achievement is sure to be widely emulated.”

The new technique allows researchers to better analyze body waves, which travel through the Earth, to translate information in ambient noise into a visual representation. The ability to see and measure the layout of the subsurface and study its movement will allow researchers to gain more understanding into seismic waves, fault lines both well-known and not, and learn more about the composition and organization of rocks beneath the planet’s surface. 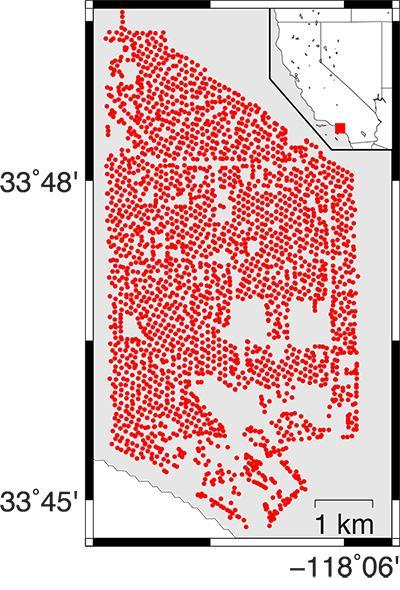 “This has been something of a holy grail in Earth imaging,” said geophysicist Greg Beroza, the Wayne Loel Professor at Stanford.