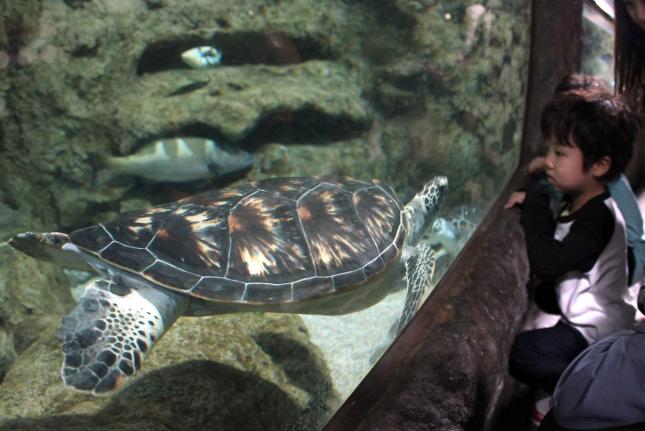 World Turtle Day: What to Know and How to Help

WASHINGTON, May 23 (UPI) — Turtle Day celebrates turtles and tortoises of all kinds every May 23. Created by American Tortoise Rescue in 2000, the annual observance is meant to raise awareness of the animals, their welfare and their increasingly threatened habitats.

California-based ATR and Turtle Day founders Susan Tellem and Marshall Thompson work together to rehome the reptiles and assist law enforcement in investigating and retrieving abused or neglected turtles, according to the World Turtle Day Facebook page.

“We have heard from organizations throughout the world that are also hosting World Turtle Day, including India, Australia and many other countries,” says Tellem on the site. The duo recommend a few small actions be taken to help save the animals for the next generation as they face endangerment:

• Never buy a turtle or tortoise from a pet shop as it increases demand from the wild.
• Never remove turtles or tortoises from the wild unless they are sick or injured.
• If a tortoise is crossing a busy street, pick it up and send it in the same direction it was going — if you try to make it go back, it will turn right around again.
• Write letters to legislators asking them to keep sensitive habitat preserved or closed to off road vehicles, and to prevent off shore drilling that can lead to more endangered sea turtle deaths.
• Report cruelty or illegal sales of turtles and tortoises to your local animal control shelter.
• Report the sale of any turtle or tortoise of any kind less than four inches. This is illegal throughout the U.S.

UPI has compiled a list of recent turtle-themed discoveries and observations in honor of World Turtle Day:

Baby sea turtles do have what it takes!

New research from April 2015 shows that newborn sea turtles actually can swim against strong ocean currents, contrary to previous beliefs. By connecting tiny, weightless trackers on the turtles, scientists determined they use their little flippers to chart their own course.

How do turtles know to return to nest at the same beaches from which they were born? New evidence suggests Earth’s natural electromagnetic field imprints coordinates on the babies’ brains when they hatch — and they remember them for a lifetime.

Leathery-skinned animals like turtles, alligators and even hens have a built-in secret weapon against the sun’s UV rays: they secrete their own sunblock. Scientists are currently working to create a cost-effective way to grow the confounding substance from yeast and make it safe for human ingestion and benefit.