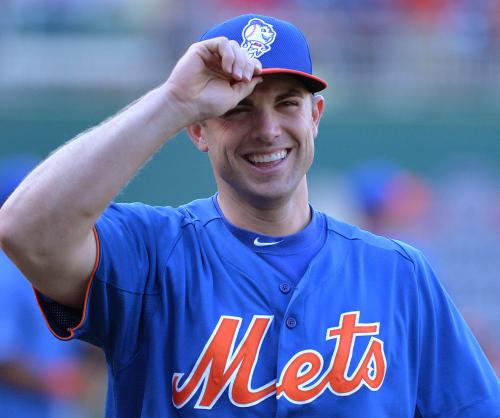 NEW YORK, May 24 (UPI) — You may have to wait some time to see David Wright‘s trademark smile gleaming from the hot-corner.

Wright was diagnosed with spinal stenosis Saturday, according to Anthony DiComo of MLB.com.

Wright, 32, has played in just eight games this season. He went on the disabled list on April 15 following a hamstring injury before feeling stiffness in his banged-up back.

Spinal stenosis is a narrowing of the spinal column. The Mets have decided to sit Wright for a week, according to multiple sources.

He is hitting .333 with one home run and four RBI this season.

“They thought at this point he should be pain-free for the most part,” Mets assistant GM John Ricco told Fox Sports. “He’s not, so this is the way they recommended to try to strengthen the core and hopefully stabilize the back.”

Former Mets great Len Dykstra had the same condition and was forced to retire at 35, while New York Giants running back David Wilson retired last year at the age of 23.