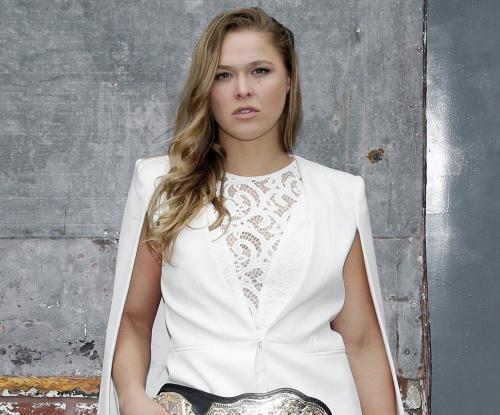 LOS ANGELES, June 1 (UPI) — Not everyone would have the upper hand in a fight with a man standing more than seven feet high and weighing 325 pounds, but Shaquille O’Neal says he could last more than 45 seconds against Ronda “Rowdy” Rousey.

“Ronda Rousey…I could last 45 seconds with Ronda Rousey,” O’Neal said on TNT. “Set it up. Set it up.”

“Yeah, if a chick can last past 45 seconds, I don’t see why Shaq couldn’t,” Rousey told TMZ Sports.

Rousey also made news when she took a shot at Floyd Mayweather after being asked if she could beat him in a match.

“Well, I will never say that I can’t beat anyone,” Rousey told Access Hollywood. “I don’t think that me and him would ever fight unless we ended up dating.”

Mayweather has a history of documented domestic violence incidents.