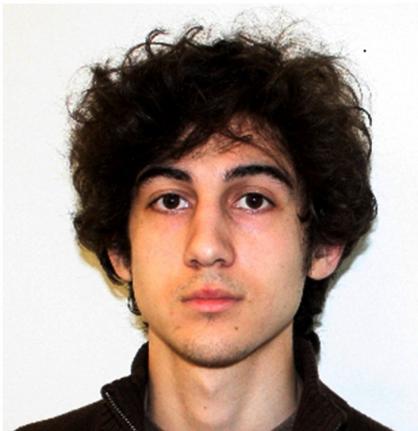 BOSTON, May 15 (UPI) — Boston Marathon bomber Dzhokhar Tsarnaev has been sentenced to death today by a jury in a Boston federal courthouse.

Tsarnaev, 21, was convicted last month on 30 federal charges including 17 that carried the death penalty.

Three people were killed and more than 260 injured, including more than a dozen who lost limbs, when two bombs exploded near the marathon finish line on April 15, 2013. A police officer from the Massachusetts Institute of Technology was killed days later.

The 12-person jury — five men and seven women — began deliberations on Wednesday and were tasked with completing a 24-page, eight-part verdict form that weighted the aggravating factors, which is the government’s case against Tsarnaev, against the mitigating factors, which represented the defense’s case. The jury had the choice between life in prison and the death penalty.

Some aggravating factors included Tsarnaev knowingly created a risk of death to the victims, the offense was an “especially heinous, cruel and depraved manner in that it involved serious physical abuse to the victim” and he intentionally killed or attempted to kill more than one person in a single crime.

Among the mitigating factors were Tsarnaev’s age (he was 19 at the time), no prior history of violence and the influence of his older brother Tamerlan, 26, who was shot dead while on the run from police after the bombing.

During the three-week trial, jurors, all Boston-area residents, heard from 63 witnesses, including Tsarnaev’s relatives, friends and former teachers. During the deliberations on Thursday, jurors sent notes to the judge asking questions related to parts of the verdict form.

The Tsarnaev family, ethnic Chechens, moved to the United States more than a decade ago. Dzhokhar was 8 at the time and was known as a generally good kid and a stellar athlete. When he graduated high school in 2011, he won a $2,500 scholarship and enrolled in a local college to study nursing. On Sept. 11, 2012, he took the oath to become an American citizen.

Tamerlan, on the other hand, was struggling with the new life in America. He was once a top Golden Gloves boxer but fell away from the sport as he felt increasingly disconnected from his new life and the people in America. In the years that followed he became angry and moved toward a radicalized life, family members told CBS News.