Judiciary committee Chairman Jerrold Nadler announced the charges on Capitol Hill, and was joined by House Speaker Nancy Pelosi and chairpersons Adam Schiff of the intelligence committee, Maxine Waters of the financial services committee, Carolyn Maloney of the oversight committee, Richard Neal of the ways and means committee and Eliot Engel of the foreign affairs committee.

Declaring Trump had “violated his oath of office,” Nadler said the president had been charged with “committing high crimes and misdemeanors” under powers granted to the House by the U.S. Constitution.

Trump “consistently puts himself above the country,” Nadler said, adding the president’s actions in seeking to obtain political favors from Ukraine, and then by refusing to cooperate with the resulting investigation, left the House with “no choice” but to resort to impeachment.

Schiff said House leaders made the decision to move ahead, rather than wait for the 2020 election to let voters decide, partly because the president’s actions have placed the integrity of the election into jeopardy.

“Why don’t you let him cheat in one more election?” Schiff asked rhetorically. “That is what that argument amounts to.”

The judiciary committee plans to vote on both articles Thursday in the final step before a full House vote next week to determine if Trump will become the third president in U.S. history to be impeached. Former President Andrew Johnson was impeached in 1868 for moving to remove War Secretary Edwin Stanton and former President Bill Clinton was impeached in 1999 over the Monica Lewinsky scandal. Neither were convicted in the Senate, which is required for removal from office.

Both articles would have to be passed by the committee before it moves to the full House floor for debate. A simple majority is required for each article. If they’re passed in the lower chamber, where Democrats hold a 233-197 majority, Trump would formally be impeached. Lawmakers leave Capitol Hill for the holiday recess on Dec. 20, but the vote is expected to occur before then.

The charges would then move to the Republican-controlled Senate for trial, which would likely start in January. At that point, removing Trump from office would require a two-thirds majority on either of the two articles. Because Republicans hold a 53-47 edge in the chamber, about 20 GOP senators would need to side with Democrats to end Trump’s presidency.

After calling the investigation a “witch hunt,” Trump said Schiff will “eventually have to answer for this.”

The charges come one day after the final impeachment hearing in the House on Monday, at which investigators were presented with evidence against Trump relating to his dealings with Ukraine and calls for investigations of Democratic presidential candidate Joe Biden and his son, Hunter Biden, a former Ukrainian gas company board member.

The House intelligence committee’s investigative director, Daniel Goldman, presented the judiciary committee Monday with a 300-page report based on weeks of public and private testimony accusing Trump of pressuring the Ukrainian government to investigate Joe Biden by withholding military funding and a White House meeting.

“President Trump directed a months-long scheme to solicit foreign help in his 2020 re-election campaign, withholding official acts from the government of Ukraine in order to coerce and secure political interference in our domestic affairs,” Goldman said in his testimony. 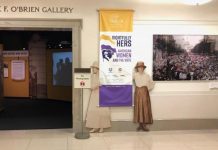 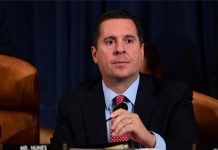 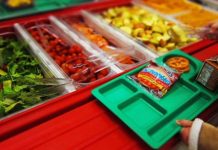