June 8 (UPI) — Fourteen percent of the world’s adults would permanently move to another country if they had the chance, a slight increase from the years immediately following the 2008 global financial crisis, a new poll shows.

In a rolling survey by Gallup” target=”_blank”} from 2013-16, 14 percent of respondents, which equates to almost 710 million people, said they would like to move to another country.

From 2010-12, 13 percent of respondents said they would prefer to move, a figure that equates to 630 million people worldwide.

In both timeframes, sub-Saharan Africa is the region people are most likely to want to leave. In the most recent tally, 31 percent of people there said they would move.

Amid rising tension, eastern European nations not included in the European Union represented the region with the largest increase in would-be migrants, with an ongoing conflict between Russia and Ukraine making the region less desirable. From 2010-12, 21 percent of respondents said they would move, a figure that climbed to 27 percent in the subsequent four years.

The part of the world where people were least likely to say they wanted to leave was southeast Asia, with just 7 percent of residents saying they would move somewhere if they could.

Of the would-be destinations, the United States more than lapped the field, being cited by 21 percent of respondents as their desired destination. The next closest destination was Germany at 6 percent, followed by Canada, the United Kingdom and France — all at 5 percent.

Gallup calculated the figures using averages from rolling interviews with 586,806 adults from 2013-16 in 156 countries that represent 98 percent of the world’s population. The margin of error is less than 1 percentage point. 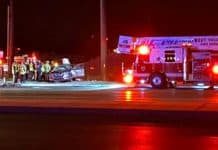