While both men were largely unknown to voters before their selection, both have gained in popularity since being put on the ticket. But at this stage of the race, Pence has fared better with his party, according to Gallup’s poll of the race.

Overall, the two men are viewed favorably by about the same percentage of all voters – 36 percent for Pence, the Indiana governor, and 33 percent for Kaine, a Virginia senator.

But among their own party’s voters, Pence has the edge.

Kaine, whose selection was criticized by some on the left for his perceived moderate voting record, has been slower to attract Democrats and his unfavorable rating has more than doubled since he was put on the ticket.

Kaine’s favorable rating among all voters went from 24 percent before the Democratic National Convention to 33 percent afterward. By contrast, his unfavorable rating went from 14 percent to 30 percent, nearly even with those who view him favorably.

Kaine is viewed more favorably by Democrats. Prior to the convention, polls measured his favorability at 42 percent, which went up to 52 percent afterward.

The Gallup poll was conducted Aug. 3 through 7. It sampled 1,032 adults using landlines and cellphones. The poll carries a margin of error of 4 percentage points. 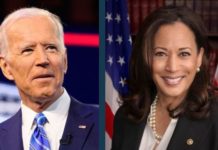 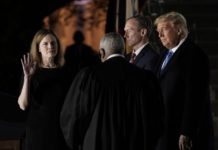