@UtahDPS helicopter is near the Summit and will attempt to hoist the patient. pic.twitter.com/kIjhF2ruEo

UTAH COUNTY, Utah, Aug. 21, 2019 (Gephardt Daily) — The Utah County Sheriff’s Search and Rescue team, along with the Utah Department of Public Service helicopter responded Tuesday night to a report of a 21-year-old hiker stranded at the summit of Mount Timpanogos.

At about 11:30 p.m., officials tweeted that the hiker had been brought off the mountain by the DPS helicopter, and he was taken to Aspen Grove, where he was being evaluated by North Fork Fire medical personnel.

DPS also tweeted that the helicopter had returned to the summit to retrieve a 75-year-old man who had made the initial 911 call.

UCSO Sgt. Spencer Cannon earlier told Gephardt Daily the hiker is sick, and it was hoped that the DPS helicopter would be able to assist in the rescue. Cannon said darkness was the concern, and the helicopter would make it possible to bring the stranded hiker off the mountain fairly quickly. 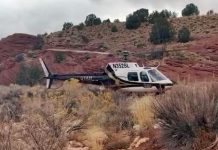 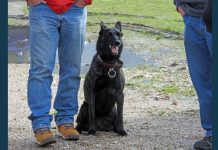 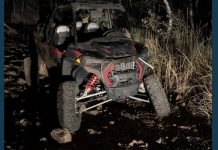