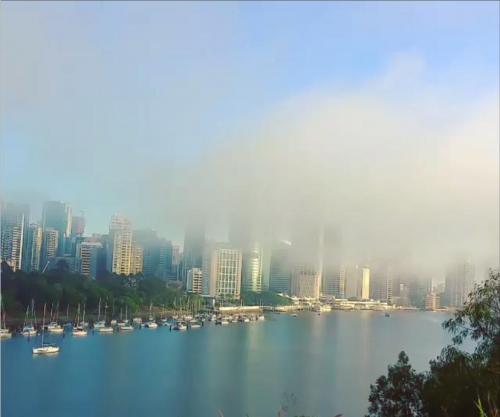 BRISBANE, Australia, May 20 (UPI) — An Australian man shared time-lapse video of unusually thick fog rolling across the river in the city of Brisbane.

Jarryd Doran shared a video on Instagram of Wednesday morning’s thick fog rolling across the Brisbane River with the city’s skyline in the background.

“Watching the morning unfold at a different pace,” he captioned the video.

Weather forecasters said the fog caused visibility to drop as low as 55 yards during the morning commuting hours.

They said the fog was unusually thick for the city.

“[Fog is] quite common for this time of year but it’s rare to see this sort of scale affecting the city,” Bureau of Meteorology forecaster Shaun Luscombe told The Brisbane Times.

You can watch the video here.