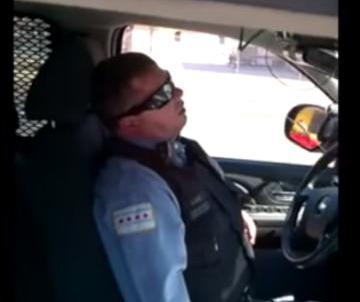 CHICAGO, May 20 (UPI) — Chicago police said an officer apparently sleeping on the job in a video that went viral on Facebook may face disciplinary action.

The video, posted to Facebook May 15 by Julian Collins, shows a uniformed Chicago Police Department officer apparently asleep in a marked police sport-utility vehicle in the city’s Southwest Side Marquette Park neighborhood.

Collins explains in the video that there have been a number of violent incidents in the area recently.

“I had to get my point across,” Collins says in explaining why he approached and filmed the officer.

The video was shared more than 25,000 times on Facebook before being taken down for unclear reasons.

The Chicago Police Department, which did not identify the officer, said the matter is under investigation.

“We are already aware of this video and this matter is under investigation, which may result in disciplinary action. From all appearances this incident is not in keeping with the high expectations placed on our officers by this department and the residents of Chicago — which is unacceptable.”