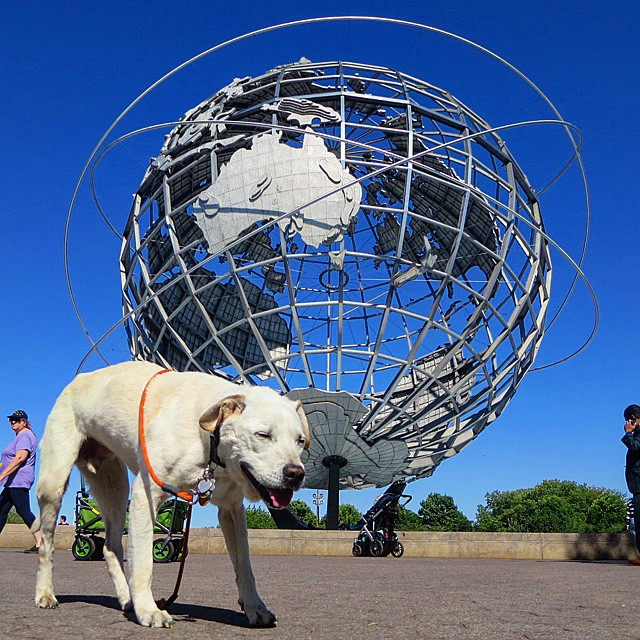 JERSEY CITY, N.J., May 29 (UPI) — A New Jersey man whose 15-year-old dog was given a terminal prognosis is taking his furry friend on a cross-country “bucket list adventure.”

Thomas Neil Rodriguez said he was already planning to tour the country working events as DJ Neil Armstrong and he decided to alter his plans and bring along his fiancée and his 15-year-old dog, Poh, when veterinarians told him the canine has multiple inoperable tumors.

Rodriguez has been documenting the trip on Instagram with the account@pohthedogsbigadventure, which features photo captions written from the dog’s perspective.

“I decided it would be better for us to enjoy it and have a bucket list adventure for him to get to swim, to see something new instead of staying in this environment,” Rodrigueztold WPIX-TV. “You could tell his energy was way up when he got to dip his feet in the ocean.”

Poh has visited Bourbon Street in New Orleans, the Alamo in San Antonio, the Hollywood Walk of Fame and Washington, D.C.

“Right now I am just trying to enjoy my life with him as much as I can,” Rodriguez said of Poh.