DRAPER, Utah, March 10, 2019 (Gephardt Daily) — A woman who was involved in a head-on collision Saturday afternoon had surgery later at University Hospital, where she had been transported by medical helicopter.

Her child, a 1-year-old boy, was flown to Primary Children’s Hospital as a precaution.

The woman, believed to be in her 30s, was driving down Traverse Ridge Road at 3:30 p.m, and was near 1752 East when she crossed the center line and veered into oncoming traffic, Crane said from the scene.

He initially described the woman’s condition as delta-minus, meaning her condition was grave. Late Saturday night, Crane said he had been told she had surgery and “her vitals were good.”

The driver of the car she collided with was taken to the hospital with minor injuries and is “doing really well,” he said.

It isn’t yet known why the woman’s vehicle crossed the center line into oncoming traffic, and officials are unable to speak with her at this time.

Crane said the accident reconstruction team was called and is assisting with the investigation. 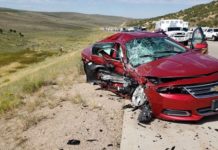 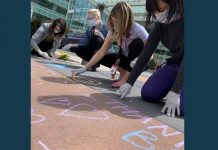