Jan. 8 (UPI) — Sears will ask a bankruptcy judge Tuesday to liquidate the company after its chairman, Eddie Lampert, failed to reach an agreement with advisers to save the 126-year-old retailer.

Hope the company, which filed for bankruptcy in October, could be saved from liquidation, affecting 68,000 jobs nationwide, dwindled as it announced it would ask a judge to allow it to liquidate Tuesday.

Lampert made a $4.4 billion bid late last month to give the company a possible reprieve from liquidation through his hedge fund, ESL Investments. But Sears advisers deemed the bid insufficient, saying the plan did not meet creditor approval. In particular, advisers said one of the biggest obstacles to reaching an agreement to save the company was that it was “administratively insolvent” as far as covering fees and vendor payments.

ESL Investments plans to protest the decision, a source told CNBC, pointing out extensive advisory fees that Sears accumulated during bankruptcy as part of its administrative expenses.

Though some Sears pieces such as its home services business could be spared in liquidation, liquidation could mark the end of an era for a company started in 1893 and was the once the nation’s largest retailer.

Known as the nation’s first “everything store,” Sears struggled to compete with online retailer Amazon and other retail giants like Walmart and Target and lost profitability over the last five years. 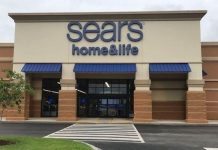 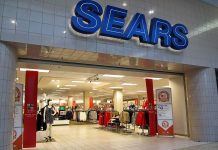 Sears chairman makes $4.4B bid to save company