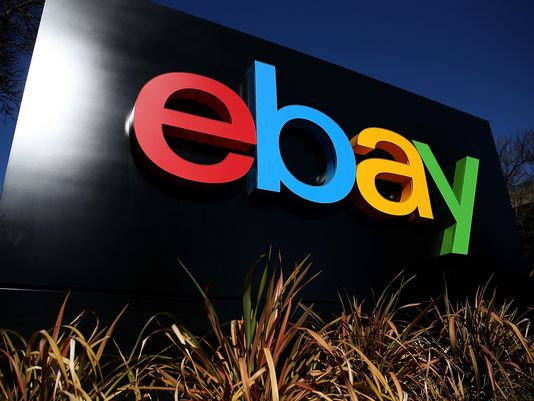 Amid weak holiday sales and sluggish revenue expectations for the current quarter, online retailer eBay warned on Wednesday that it plans to reduce its global workforce by 2,400 jobs, or 7%, in the first quarter of this year.

EBay also said it plans to explore strategic options for eBay Enterprise, which advises retailers on e-commerce, including a sale or IPO.

EBay is already spinning off its payments arm, PayPal — a plan that’s on track to close in the “second half of this year,” eBay Chief Financial Officer Bob Swan said in a conference call.

EBay on Wednesday also announced a deal with billionaire investor Carl Icahn to give Icahn Capital executive Jonathan Christodoro a seat on the board of directors. Christodoro will have the option to transition over to PayPal’s board after the spinoff.

EBay also announced a series of new governance rules for PayPal when it becomes an independent company, as part of its deal with Icahn.

Icahn famously battled with eBay for months last year in an effort to get the retailer to spin off its faster-growing payments arm — a plan the company outright rejected. But eBay flipped on its position in September, just Apple was releasing a competing payments service.

Icahn called the new governance rules for PayPal “a collaborative” exercise between his firm and eBay. In an interview with USA TODAY, the billionaire said he was on the phone with eBay CEO John Donahoe until 2:30 am on Tuesday hammering out the new rules, which will require PayPal directors to be re-elected by shareholders every year instead of every few years as they are at eBay.
[one_fourth]

[/one_fourth][three_fourth_last]
PayPal shareholders holding 20% of the outstanding shares will also be allowed to call special meetings of shareholders, among other shareholder-friendly initiatives.

The online retailer earned 90 cents a share for the three months ended in December on revenue of $4.92 billion. That’s better than Wall Street’s expectations for eBay to report earnings of 89 cents a share in the fourth quarter, and above earnings of 81 cents a share posted this time last year.

But Wall Street analysts expected slightly higher revenue of $4.93 billion for the period, up from the $4.53 billion in last year’s fourth-quarter.

EBay also warned that first-quarter revenue will be between $4.35 billion and $4.45 billion as “infrequent shoppers” stay away from the site.

“It’s the infrequent shopper that comes two, three, four times a year,” said Donahoe. “They didn’t come back at the rate we thought.”

Donahoe and Swan promised changes to drive traffic, including increased spending on marketing and changes to eBay’s iPad app.

“Things will get worse in the first half of 2015 before they get better in the second half of the year,” Swan warned.

Swan declined to offer specifics on the job cuts except to say they will be “a little big higher on the marketplace side and a little bit lower on the PayPal side.”

The job cuts include a combination of existing employees as well as “open positions,” said eBay spokeswoman Amanda Miller.