Aug. 17 (UPI) — Ringo Starr, Arlo Guthrie and the Edgar Winter Brand performed this week at a concert in upstate New York, celebrating the 50th anniversary of the Woodstock music festival.

The event kicked off on Thursday and will run through Sunday at Bethel Woods Center For The Arts.

Santana and the Doobie Brothers are scheduled to headline Saturday’s lineup and John Fogerty is set to play Sunday.

“It was a great time,” Billboard.com reported Guthrie told the press on Thursday. “For me, the Woodstock festival was a celebratory end of an era. It was not the beginning of anything. It was the end of something, and it was an end of a very turbulent time that was also very wonderful.”

A separate, star-studded, anniversary event was scheduled to take place in Maryland this weekend, but was canceled in late July after permit issues and the loss of financial support led numerous music acts to back out.

Scheduled to perform at that festival were Miley Cyrus, Jay-Z, The Raconteurs, The Black Keys, Santana, Dead & Company, the Lumineers, John Fogerty and John Sebastian.

On this day in 1969: A 600-acre dairy farm in the Catskill Mountains became the site of one of the most defining music events in rock ‘n’ roll history. #BW50Turning50 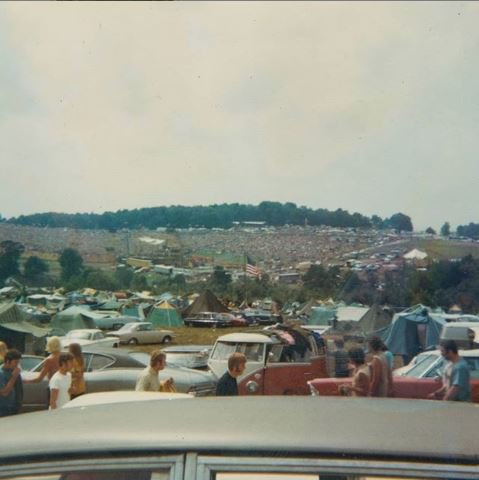 Lily Allen celebrates one year of sobriety: ‘So grateful’