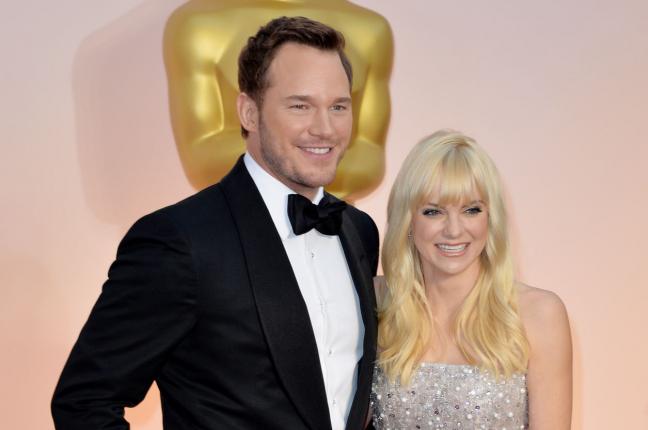 The 38-year-old actress posed with husband Chris Pratt and son Jack for a “felfie” — or family selfie — and captioned the picture, “You can tell by our faces that I’ve been trying to take this felfie for a while #hatwearinfamily.”

Faris and the 35-year-old actor met on the set of Take Me Home Tonight in 2007, and married in July 2009. The pair welcomed Jack in August 2012, and Faris later revealed their son’s premature birth caused them to bond as a couple.

Faris currently portrays Christy Plunkett on CBS sitcom Mom. The series was renewed for a third season in March, and co-stars Allison Janney, Sadie Calvano and Blake Garrett Rosenthal. Pratt will next appear in Jurassic World, which opens in theaters June 12.