It was trending at No. 1 on the website Saturday.

Directed by Stephan Kohli, the 4-minute clip shows Grande, Doja Cat and Megan Thee Stallion lounging by a pool and enjoying a sleepover in a luxurious hotel.

Actress Kerry Washington photoshopped herself into a photo of the trio sipping champagne and tweeted it to Grande on Friday.

“Hey @ArianaGrande @theestallion @DojaCat if there is a 34+35 remix to the remix…I am available! Just wanted to throw that out there,” Washington wrote.

The original “34 + 35” appears on Grande’s sixth studio album, “Positions,” which was released in October and currently ranks at No. 9 on the Billboard 200 chart.

Grande released the remix of the song with Doja Cat and Megan Thee Stallion in January. 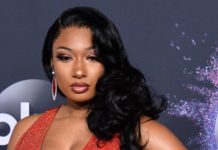 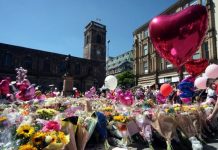