Jan. 2 (UPI) — Kelly Osbourne is setting the record straight about her dad, Ozzy Osbourne, and his health.

The 35-year-old television personality took to Instagram Stories Wednesday on New Year’s Day to shut down reports Ozzy Osbourne, 71, is near death.

“Today I had a wonderful start to 2020. I went out to lunch with my family. Then I spent the rest of the day laughing and hanging out with my dad. I come home to read sickening articles about my dad supposedly being on his ‘death bed,’ sometimes the media makes me sick!” Osbourne wrote.

“It’s no secret that my dad had a rough year when it comes to his health but come the [expletive] on, this is utter [expletive],” she said.

Reports surfaced Wednesday that Ozzy Osbourne was “bedridden” and close to death. Ozzy Osbourne injured himself and struggled with illness in 2019, causing him to postpone his No More Tours II tour.

Sharon Osbourne previously said on “The Talk” that her husband’s health issues have been “devastating.”

“This year has been the toughest year of my life. My husband’s illness, his accident, has been absolutely devastating to me, to everybody,” she said.

In November, Ozzy Osbourne rescheduled his U.K. and European tour dates for fall 2020. Marilyn Manson will join the singer for the North American part of the tour in the summer.

Kelly Osbourne said in an Instagram post Tuesday on New Year’s Eve that she’s focused on her sobriety in 2020. She vowed to put herself first and allow herself to be in uncomfortable situations without fear of upsetting others. 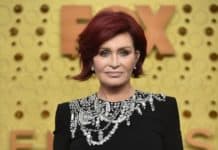 Sharon Osbourne on ‘Talk’ exit: ‘It changes from day to day what is correct’ 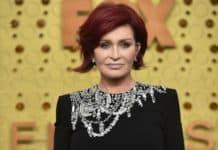 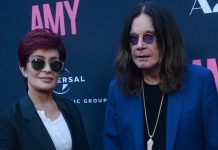 Ozzy, Sharon Osbourne to guest star on ‘The Conners’