Lilibet officially turned one year old on Saturday. Harry and Markle celebrated the occasion by hosting a “casual, intimate backyard picnic” for family and friends at their Frogmore Cottage home.

Harry and Markle shared a photo Monday that was taken by family friend Misan Harriman. The picture is a “candid, spontaneous photograph” that shows Lilibet smiling as she sits in the grass.

“It was such a privilege to celebrate the 1st birthday of Lilibet with my family and hers! Joy and face painting all around,” Harriman captioned the post.

Harry and Markle, the duke and duchess of Sussex, “remain incredibly touched by the countless birthday wishes for their daughter,” the couple’s rep said.

In addition, Harry and Markle were “amazed to learn that people around the world made donations amounting to over $100K to the World Central Kitchen (WCK)” in Lilibet’s honor.

Harry and Markle married in May 2018 and have two children, Lilibet and son Archie, 3.

The couple were in the United Kingdom to celebrate Harry’s grandmother, Queen Elizabeth II, and her Platinum Jubilee. The visit marked the first time the queen met Lilibet.

Harry, Markle and their children returned home to California on Sunday. 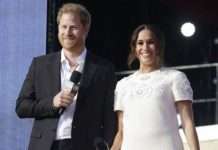 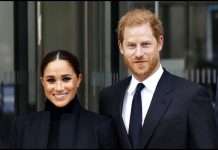 Philippines President Duterte to run against daughter in VP race