Aug. 9 (UPI) — The entertainment world is paying tribute to actress and singer Olivia Newton-John, who died Monday at age 73.

“Olivia has been a symbol of triumphs and hope for over 30 years sharing her journey with breast cancer,” Easterling wrote in Instagram in announcing her death on Monday.

An outpouring of tributes followed for the British-Australian performer known for her iconic role in “Grease.”

John Travolta, Newton-John’s co-star in the 1978 smash hit musical, expressed his love for her in a statement.

“My dearest Olivia, you made all of our lives so much better,” Travolta wrote. “Your impact was incredible. I love you so much. We will see you down the road and we will all be together again. Yours from the first moment I saw you and forever!”

While Newton-John was an established singer by the time of “Grease,” the musical helped to cement her superstar status in the United States, and the film’s soundtrack remains one of the best-selling albums of all time.

“Everything sounds so trite when you discuss who she is and what she was, but it is because it’s so profoundly true,” Pearl said. “She embodied all those things, just simply a heart that was so giving and loving.”

In that same interview, “Grease” director Randal Kleiser described Newton-John as coming across “exactly the way the is on film. I mean, that’s the way she was. She was always smiling…she was always just giving love and life to everybody.”

Barbra Streisand said on Instagram that Newton-John was “too young to leave this world.”

“May she RIP,” Streisand added.

“I trust she is now in the great Xanadu beyond,” Takei said. “Know that we are forever hopelessly devoted to you, Olivia. Rest in song and mirth.”

Her death was particularly mourned in Australia, where Prime Minister Anthony Albanese tweeted that Newton-John was “a star” and “a bright, joyful glow in our lives.”

“From the moment we saw her, she was a warm, enduring presence and her voice became a big part of the Australian soundtrack,” Albanese wrote. “Above all she was a wonderful, generous person.” 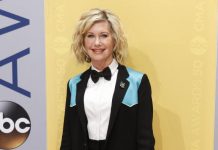 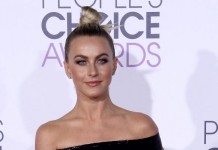 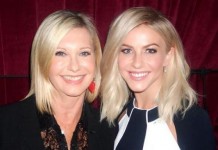