Feb. 8 (UPI) — Grammy award-winning artist The Weeknd performed before the smallest crowd in Super Bowl halftime show history Sunday evening, serenading the 25,000 in attendance with some of his biggest hits and backed by an orchestra, a choir and dozens of dancers.

Donning a red jacket, white shoes, black pants and leather gloves, The Weeknd kicked off the multi-set show with the synth-pop song “Starboy” in front of a white-robe clad choir.

He transitioned into “The Hills” and then “Can’t Feel My Face,” for which he exited the stage into a hall of mirrors and lights and sang directly into the camera while swarmed by dancers dressed identical to him and masked with what appeared to be medical gauze.

The singer then returned to the stage constructed to mirror a cityscape of lights with storefronts and sang “I feel It Coming,” “Save Your Tears” and “Earned It,” before taking to the football field to again join the masked dancers for “House of Balloons/Glass Table Girls” and the grand finale, “Blinding Lights.”

For his hit song, the dancers covered the entire field, grooving in unison around The Weekend with lights in their hands. The performance ended with an eruption of fireworks behind The Weeknd with his arms outstretched and head thrown back, gazing heavenward.

Ahead of Super Bowl LV, the Weeknd told reporters that the crew built their stage within the Raymond James Stadium in Tampa, Fla., to ensure the safety of the players and others in attendance due to COVID-19.

Of the 25,000 admitted for the performance, 7,500 were vaccinated healthcare workers gifted tickets to the event by the National Football League as a token of appreciation.

“These dedicated healthcare workers continue to put their own lives at risk to serve others, and we own them our ongoing gratitude,” NFL commissioner Rodger Goodell said last month. “We hope in a small way that this initiative will inspire our country and recognize these true American heroes.”

With the performance, the 30-year-old musician, born Abel Makkonen Tesfaye, became the first Canadian to headline the halftime show since Shania Twain helmed the event in 2003.

The Toronto, Ontario, native put in $7 million of his own money for the show for which he will not be paid, Forbes reported. 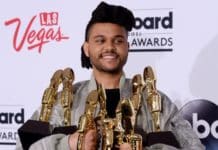 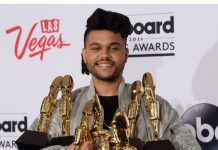 The Weeknd, Drake each donate $100K to National Bail Out 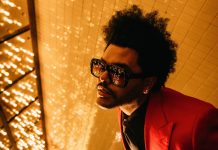 The Weeknd to bring ‘After Hours’ tour to Salt Lake City