The show, described as a light projection experience, will take place on select nights from Sept. 14 to Nov. 15 inside the Hogsmeade area of The Wizarding World of Harry Potter.

Guests will witness roaming Death Eaters inside the park along with other sinister creatures and villains such as Dementors, Aragog, Mountain Trolls and Thestrals who will be projected onto Hogwarts Castle.

The experience will utilize projection mapping, special effects, lighting and green fog to signal the arrive of the Death Eaters.

The Death Eaters have been featured in the “Harry Potter” franchise as devoted followers of Lord Voldemort who make use of the Dark Arts. 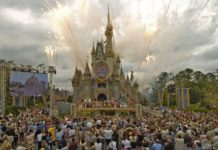 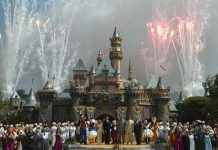 New Zealand teen may have spread measles at Disneyland