“We are delighted,” CEO Sylvia Wulf said in a statement. “We will immediately start the process to import [our] eggs from our hatchery in Canada to begin grow out at our Indiana facility.”

Those guidelines were issued late last year with the enactment of the National Bioengineered Food Disclosure Standard, which mandated that companies disclose when a food is “bioengineered.”

Several environmental and Native American groups spoke out against allowing the salmon to be sold in the United States — and some have threatened legal action.

A joint statement by the Center for Food Safety, Friends of the Earth, the Quinault Indian Nation and Feed Seven Generations raised concerns about whether the fish could harm human health, the environment and Native American populations whose economies rely on fishing.

“The FDA’s unilateral decision, without tribal consultation, is an alarming signal that our sacred and prized wild salmon is now even more vulnerable to external markets and ecological threats,” Fawn Sharp, president of the Quinault Indian Nation, said in the statement.

“It’s unconscionable and arrogant to think man can improve upon our creator’s perfection in wild salmon as a justification and excuse to satisfy corporate ambition and greed.”

The company’s salmon are not new. Scientists at Canada’s Memorial University began genetically engineering the fish in 1989 to grow faster than wild salmon.

“It turns out they grew amazingly fast,” said Garth Fletcher, now the head of the Ocean Science Department at the University of Newfoundland.

Fletcher increased the Atlantic salmon’s growth by adding a gene from the faster-growing Chinook salmon and a promoter gene from an ocean pout, an eel-like fish found in the Northwest Atlantic Ocean.

The genetically modified fish grows to market size in 16 to 18 months. Wild salmon grow to that size in 28 to 36 months, according to AquaBounty.

The hope was to introduce these fast-growing salmon to the market and to ease the burden on wild populations that were being overfished. But once industry became involved, it took much longer to receive approval to sell. Fletcher, and the company interested in selling the fish, had to prove the animal was safe for human consumption and would not interfere with wild salmon populations.

“It took 20 years to get it through the FDA,” Fletcher said. “I never thought it would take so long. We were just the first company to take out product through the process. Once one has gone through it, though, it makes it easier for everybody else.”

The fish will be raised in a hatchery in rural Indiana. The location was selected in part because it is landlocked and thereby isolated from major bodies of water. This reduces the risk that the genetically modified fish could escape and interfere with wild salmon, the company said.

The first batch of genetically modified salmon could be ready for market by late 2020, AquaBounty said. 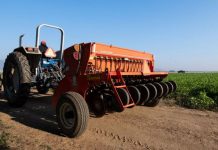 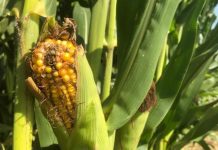 USDA plans to scale back regulation of genetically modified plants 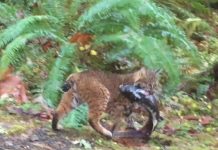