May 23 (UPI) — Your brain may be the biggest obstacle to weight loss while dieting, according to a new study by researchers at the University of Cambridge.

The study identified a new mechanism where the body adapts to low caloric intake and limits weight loss in studies in mice.

Researchers found that key brain cells act as a trigger to prevent the body from burning calories when calories are limited.

“When we eat less, our body compensates and burns fewer calories, which makes losing weight harder. We know that the brain must regulate this caloric thermostat, but how it adjusts calorie burning to the amount of food we’ve eaten has been something of a mystery.”

Researchers examined the role of a group of neurons in the part of the brain known as the hypothalamus. The agouti-related neuropeptide, or AGRP, neurons regulate appetite and when activated make you eat and when fully inhibited, can lead to anorexia.

Researchers switched the AGRP neurons on and off in mice to rapidly and reversibly manipulate the activity of the neurons.

Researchers in the study found that when AGRP neurons are activated people become hungry and eat, however, when there is no food available to eat, the AGRP neurons act to save energy by limiting the number of calories that are burned and slow weight loss.

When food becomes available and you eat, the action of AGRP neurons is halted and our energy expenditure goes back up again to normal levels.

“Our findings suggest that a group of neurons in the brain coordinate appetite and energy expenditure, and can turn a switch on and off to burn or spare calories depending on what’s available in the environment,” Blouet said. “If food is available, they make us eat, and if food is scarce, they turn our body into saving mode and stop us from burning fat.”

Researchers said the findings could lead to the design of new and improved therapies to reduce overeating and obesity.

The study was published in eLife. 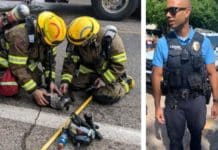 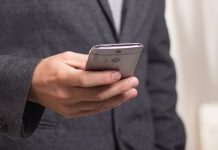