BRUSSELS, Sept. 17 (UPI) — A terminally ill 17-year-old in Belgian became the first minor to die by doctor-assisted suicide after the country removed age restrictions in 2014.

Wim Distelmans, who heads Belgium’s Federal Control and Evaluation Committee on Euthanasia, did not release details about the patient but said it was an exceptional case of a teen with a terminal illness reported by a local doctor, according to the Guardian.

“Fortunately there are very few children who are considered [for euthanasia] but that does not mean we should refuse them the right to a dignified death,” he told a local newspaper.

The minor must have rational decision-making capacity and be in the final stages of a terminal illness, according to the BBC.

The patient’s parents are also required to consent. The request must be studied by a team of doctors and an independent psychiatrist or psychologist

Distelmans said “palliative sedation” was used to bring the patient into a coma as part of the process.

He added the patient was “nearly 18” and “suffering unbearable physical pain.”

The movement to remove the age limit faced criticism from many people including church leaders and some pediatricians who questioned the “capacity of discernment” and questioned whether children were capable of making such a choice.

Belgium Sen. Jean-Jacques De Gucht said he was proud the legislation passed and said the possibility of euthanasia “makes a big difference to many people.” 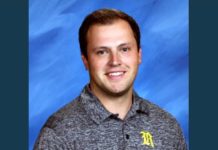