According to a statement by the Bingham County Sheriff’s Office, 14-year-old Francine Baird “has been located and is safe. As a result, the Amber Alert has been canceled.”

Authorities issued the Amber Alert earlier Tuesday after it was reported the Idaho teen had been missing since Monday at 11 p.m., according to Bingham County Sheriff’s Office

The 14-year-old was in the process of being reunited with her mother Tuesday night.

Circumstances surrounding the girl’s disappearance and recovery were not revealed. 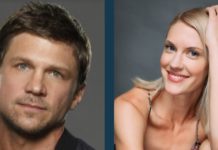