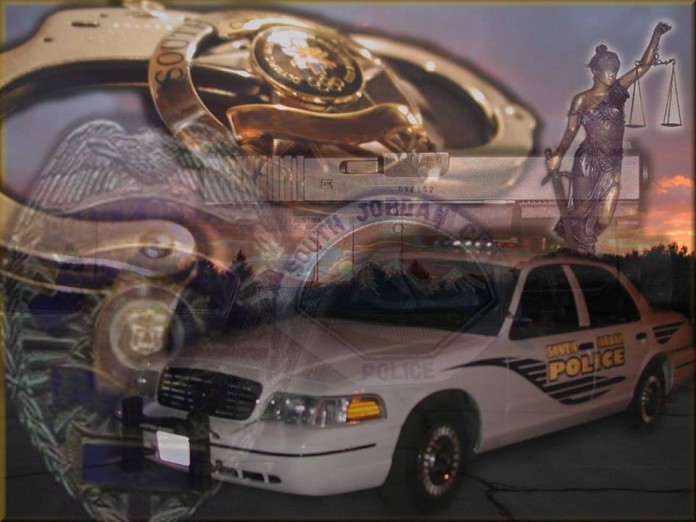 SOUTH JORDAN, UTAH – May 17, 2015 (Gephardt Daily) — Just after midnight officers of the South Jordan Police Department responded to a report of an armed domestic dispute which was in progress at 10700 South block of Ozarks Drive (4390 West).

Officers were told that Bryan Lefevre a 44-year old male resident of South Jordan was intoxicated and involved in a family fight while armed with a handgun.

Lefevre was involved in a verbal argument with his 41-year old wife, and during this argument Lefevre produced a handgun and threatened to shoot himself. Family members fought with Lefevre and were able to disarm him; however, the fighting continued and escalated to a physical altercation.

Lefevre then found a rifle inside the residence and pointed the rifle at his wife. Mr. Lefevre made comments of wanting to die instead of going to jail.

The occupants which included the wife and three children ages one, 10 and 20 evacuated safely to officers that were waiting outside.

While officers attempted to have Lefevre exit safely, a single gunshot was heard discharged by Lefevre while he was still inside the residence. Lefevre opened the door and told the officers he would not hesitate in shooting them.

A few minutes later, Lefevre exited the residence, unarmed, and surrendered to officers outside.

Lefevre was arrested and booked into the Salt Lake County Adult Detention Center on charges of aggravated domestic assault, domestic assault and discharging a firearm within city limits.

“Our officers showed great restraint when encountered by this armed individual who had already discharged one round and threatened to shoot the responding officers with a high-powered rifle. This incident could have quickly turned tragic for all involved; however, the officers involved were able to talk to the suspect and encourage him to surrender without any force needed,” said Master Officer Samuel Winkler, South Jordan Police Department.