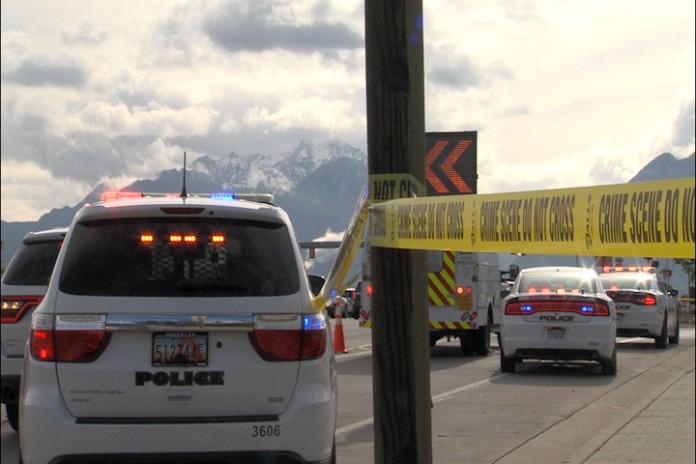 SOUTH JORDAN, UTAH – May 19, 2015 (Gephardt Daily) – Police have identified the man that was found off 10600 South at I-15 this morning. Master Officer with South Jordan Police Department Sam Winkler said the male is being identified as Flint J. Brown, 56, of South Jordan.

Police said just after 8 a.m. Tuesday, May 19, a 911 call was received from a motorist just west of I-15 on 10600 South reporting an unconscious male in the weeds.  Responding units from Sandy Police Department and South Jordan Police Department arrived and determined the male was deceased.

The male was found face-down next to a chain link fence approximately 15 feet off the roadway.Detectives with the South Jordan Police Department, along with investigators from the Utah State Medical Examiner’s Office, responded to the scene for the investigation.

They determined Brown was wearing clothing appropriate for the time of year and did not have any visible signs of trauma to his body.  This death is considered suspicious and further determinations will not be available until an autopsy and further investigations are completed. Police do not anticipate information from the autopsy to be available for several weeks.

Anyone with information related to this case is urged to call the South Jordan Police Department at (801) 840.4000.