SALT LAKE CITY, UTAH – October 15, 2015 (Gephardt Daily) – A five-year-old child had to be airlifted Thursday morning after being ejected in a State Street accident.

According to Unified Police Lt. Lex Bell, the accident happened around 11 a.m. when a mini-van carrying six family members turned left onto State Street from Gordon Avenue (4180 South) into the path of a northbound Subaru.

“When the Subaru impacted the drivers side of minivan its windows shattered, and also spun the minivan,” said Bell. “The inertia of that event and when the van stopped, the five-year-old male who was riding in the back fell out of the window.”

Bell also said that when the minivan was hit, it crossed into the southbound lanes of State street and side swiped an oncoming minivan. The driver of that minivan was not injured.

Taylor Van Roosendaal, a witness, said he was walking outside of a store in the area when he noticed a van trying to turn off Gordon Avenue but because of a couple of Questar Gas trucks parked along state street, the view was blocked. “I heard the collision and came around the side of the trucks and saw a van and a Subaru that had been involved in a collision,” said Van Roosendaal. “The van then tried to proceeded northbound when I saw the child laying on the ground so I stopped northbound traffic to run to the child to make sure he was ok.”

Bell said the accident is still under investigation, but it appears a failure to yield could be the primary cause.

The driver of the Subaru, a 28-year-old female was not injured in the accident. 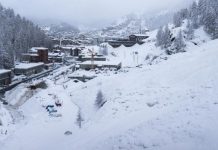 Tourists airlifted out of Swiss resort over avalanche risk 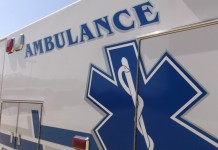