CLINTON, Utah, Dec. 25, 2020 (Gephardt Daily) — If Santa didn’t make it to your Clinton residence last night, your local police department may have an inkling of who intercepted Mr. Claus.

“Clinton Police Departments K9 Zuko and Santa having some Xmas fun,” says a Facebook post with a video showing a fake-antlered dog leaping through a window to attack a white-bearded man in red.

“Jumping through building windows to get Bad Santa,” the post says. “Audio on for this one. Good boy K9 Zuko!”

Santa remains jolly, and even asks the snarling police dog “What do you want for Christmas?”

View the video on the player at the top. 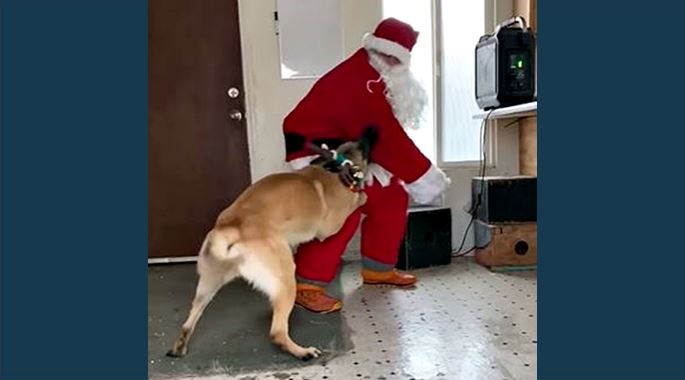