The Cottonwood Heights Police Department shared a photo of a mountain goat on its Twitter page on Friday night. The visitor — accustomed to mountain terrain — seemed to have a confused or embarrassed demeanor as its hooves rested on the flat asphalt roadway.

Cottonwood Heights officer M. Salmon told Gephardt Daily that the call originally came in  Friday evening from a concerned resident who wanted to report an odd-looking “big white dog” that was wandering the neighborhood, near the mouth of Big Cottonwood Canyon.

According to a report from the Utah Department of Wildlife Resources, mountain goats typically males weigh 175-225 pounds and females weigh 125 and 150 pounds, but that is in the summer, and they would weigh less after a long winter. Both males and females have horns.

The current mountain goat population is estimated at 1,900 statewide, the DWR report says.

“Elevations of up to 13,000 feet are frequented in summer, and winter habitat may be high as 12,000 feet on windblown ridges of some units,” the report says.

“Winter diets may include a much higher browse or shrub component, and may even include Ponderosa pine, lodgepole pine, or alpine fir as well as the mosses and lichens that can be found on these trees.”

It’s unclear whether the mountain goat photographed was in town searching for food, or perhaps was confused by the Salt Lake Valley’s unusually snowy weather.

Salmon says the mountain goat was close to a mountain when it was spotted, and he believes officers simply watched as the animal found its own way home. 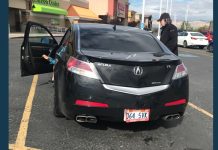 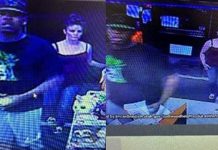 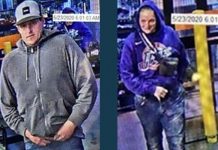