UTAH COUNTY, Utah, July 28, 2020 (Gephardt Daily) — Two young men who were accused of accosting an Orem woman on the Provo River Parkway Trail will each likely be charged with disorderly conduct in the case, according to a Tuesday news release from the Utah County Sheriff’s Office.

The incident referred to occurred just after 8:30 p.m. July 22 as the woman walked westbound on the trail, approaching Canyon Glen Park, the Sheriff’s Office said in a news release on Friday. UCSO was working to identify the men and included a photo of them, provided by the woman, with the news release.

Later on Friday, after seeing the news stories, one of the men called the Sheriff’s Office to report that he and his “brother” were the two involved in the incident.

On Monday, a deputy spoke with both men, and on Tuesday the Sheriff’s Office released an update on the case.

“This contact (on Monday) was made possible after one of the men contacted the Sheriff’s Office to report that he and his ‘brother’ are the two shown in the photographs we were given by the victim in this case. The two men are not actually brothers. One of the men told this Deputy the two of them are brothers in law,” the news release says.

“Both men also acknowledged that one of them got upset as the victim walked down the trail toward them because they believed she was using her phone to record them. Both men acknowledged they were bothered by the victim recording them,” the news release says.

“One of the men believed the victim could not legally do this and he confronted her, demanding that she delete the recording. The victim reported that she believed this man was trying to take the bag she was carrying and her phone.”

After speaking with the men, the deputy investigating the case said he does not believe they intended to steal property from the woman.

“He believed, however, that by their actions they created a hazardous and physically offensive condition for the victim. Because of the actions of these two men the Deputy will submit this case to the Utah County Attorney’s Office requesting that one count of disorderly conduct be filed against each of them.”

The men’s names have not been made public by the Sheriff’s Office, nor has the name of the victim. 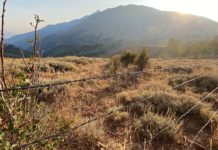 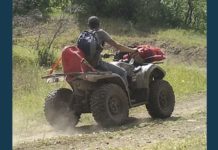 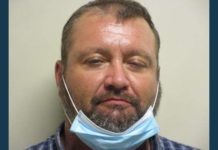 Orem man allegedly held woman against her will in remote cabin