SALT LAKE CITY, Utah, June 1, 2020 (Gephardt Daily) — A total of 40 elected prosecutors from across the nation, including Salt Lake District Attorney Sim Gill, have joined to condemn the death of George Floyd.

The group also demanded that all prosecutors and law enforcement leaders take immediate action to address racially-biased policing and police use of excessive force, said a news release from Salt Lake County.

“Justice, fairness, equality, and truth are not mere words but are instead the ideals and promises of a free American society,” Gill said. “As the deaths of George Floyd, Breonna Taylor, Ahmaud Arbery, and so many others demonstrate — and as this weekend’s nationwide protests echoed — there is a long-standing history and practice in this country of the state perpetrating violent abuse against, and painful neglect for, communities and people of color. Only by working actively to rid our society and systems of structural racism will we be able to meaningfully start down the path of justice for our most alienated brothers and sisters.”

The joint statement by Gill and his colleagues calls for several key reforms, including increased accountability and transparency for law enforcement, strengthened policies and consistent oversight for body worn cameras and police use of force, and development of national databases to help identify and discharge problematic officers, the news release said.

The statement also calls on all elected prosecutors to no longer seek or accept endorsements or contributions from police departments or unions, and to commit themselves to a fundamental reimagining of the justice system to prioritize fairness, equity, and community well-being. 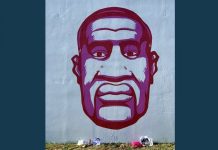