HELPER, Utah, May 27, 2022 (Gephardt Daily) — A woman was fatally injured late Thursday afternoon when she failed to negotiate a turn while riding a motorcycle on state Route 191 northeast of Helper.

UHP said that area of the canyon contains several S-turns. The woman riding the lead bike had a motorcycle learner permit and not much experience driving a motorcycle.

The Helper City Police Chief was the first to arrive on scene and he immediately began life-saving measures; however, the woman died at the scene.

Her name has not been released, pending notification of family members. 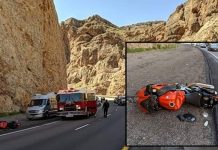 1 motorcyclist is dead, 1 in critical condition after I-15 crash on Utah-Arizona border 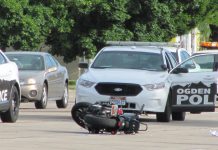 Motorcyclist killed when struck by 2 vehicles in Ogden