DAVIS COUNTY, Utah, Sept. 25, 2021 (Gephardt Daily) — Residents along the benches in Davis County, as well as early morning commuters on both I-15 and Legacy Highway encountered a frightening vision Wednesday, when a large grassland fire broke out west of Farmington.

The flames, fueled by dry vegetation, did not threaten any structures but could be seen for miles.

Fire crews from multiple agencies joined Farmington firefighters in knocking down the blaze, which is believed to have been a flare up of the Legacy Fire which burned earlier in the month.

The Kaysville Fire Department took part in the firefighting efforts. It posted a status report on social media saying the fire was under control as of 7:25 a.m. and that Farmington fire crews and teams from the Department of Natural Resources would remain to extinguish “hot spots.” 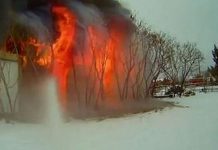 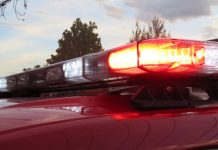 Brush fire in Farmington may have been intentionally set 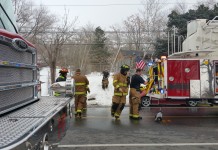 Structure Fire In Farmington Causes At Least $60,000 Worth Of Damage