The man’s existence was recently revealed when the sheriff’s office allowed search warrants in the case to be made public when their “sealing order” expired, the statement said.

“These warrants relate to searches for various persons, locations and databases in an attempt to obtain evidence related to the case,” the GCSO statement says.

“One of our warrants referred to a blanket and jacked owned by a named individual seized from a campsite near South Mesa. Grand County Sheriff’s Office allowed the seal on this search warrant to expire because forensics analysis determined there was no related evidence on the items, the individual was ruled out as a suspect early in the investigation, and the individual was already well known to the Moab community.

“We thank the public for their continued interest and diligence in the case. We would also like to ask the public to report instances that relate to this case.

“We also request that people be careful about sharing information on social media. Such information tends to be misinformed, inaccurate, and unhelpful to the criminal investigation. If you have more information, please call the Grand County Sheriff’s Office at 435-259-82115 or 435-259-1397.”

Gephardt Daily was among major news agencies reporting on the unsealed document, but did not release the man’s name, workplace or other identifying features, and did not refer to him as a suspect.

Body found in burned out vehicle in Grand County 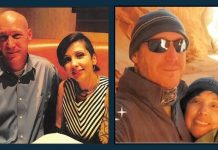