“Hendrix has been located and is being evaluated by EMS,” an update from police says. “Thanks to everyone who called, and gave tips to locate this young man.”

The original post, issued Tuesday morning, said Rodriguez has autism, and officers were concerned for his safety. 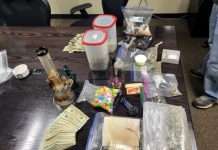