NEPHI, Utah, March 26, 2022 (Gephardt Daily) — The Juab County Sheriff’s Office took a Nephi man into custody after his employer reported finding what looked like a “hit list” on the man’s desk.

The suspect, Kevin Michael Jerman, 56, who was expected at work that day, Thursday, but had called in sick. Jerman then called back, saying he would be in after all, according to court documents.

“The note lays out that Kevin is planning on bringing a 9 mm pistol, a 9mm assault rifle, a Smith and Wesson .22 caliber weapon, and a .308 rifle,” says Jerman’s affidavit, filed by an officer of the Juab County Sheriff’s Office.

“Kevin specifically notes in what order he is going to kill employees at his work site. (His manager) stated that Kevin is the maintenance worker and has knowledge of all processes and has access to everything. Kevin lists his total kills would be 14.

The note said if police arrived, Jerman would take “a position high up to snipe, and he would use a .308.” The job site, an IFA feed plant, “has large silos that have a vantage point for several miles in any direction,” the officer’s statement noted. The note also said an internet jamming device would be used to keep responders from being notified, the statement said.

The manager told police that he recognized the handwriting in the note as that of Jerman, and that Jerman had not been in any trouble or fought with coworkers, so the manager “was not sure why threats were being made.”

Nephi City Police positioned themselves in front of Jerman’s house, and saw him exit a vehicle that was not registered to him and enter the house, the statement says.

A warrant was obtained to search the house and vehicles. Firearms and other evidence
were removed from his house. Utah County SWAT team was contacted and responded to assist.

A SWAT team was called in, and made contact with Jerman, the statement says. He complied with officers and was transported to the Juab County Jail. A search of Jerman’s residence and vehicles was made after a warrant was obtained, and weapons and evidence were collected.

Jerman told officers he owned all but one of the weapons listed in his notes.

“I asked Kevin if he was planning on following through with the note. Kevin said no, it was just a thought written down on a piece of paper. I spoke to Kevin about the note and my concerns regarding how specific it was. Kevin stated that it all comes from his experience with infantry and his training. Kevin said you had to have a plan with how you were going to proceed, what enemies you expect to encounter, what casualties there will be and stuff like that.”

Jerman also talked to officers about his depression and ongoing medical issues that caused joint pain and migraines, he said.

Jerman was booked into jail without bail on one count of threat of terrorism, a second-degree felony.

“I do believe that Kevin has the knowledge and means to carry out the attack as he had
written it,” the reporting officer wrote. “It should also be taken into consideration his medical conditions and medication that he takes. Although his firearms have been removed it is unknown if he would be able to locate firearms from someone else.” 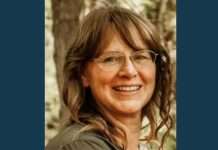