LEHI, Utah, Aug. 31, 2020 (Gephardt Daily) — A man was arrested in Lehi for felony mail theft Sunday, according to court documents.

A probable cause statement from Utah County said Kerry Antoin Carter, 32, from Salt Lake City, who is listed as a transient, is facing charges of:

Just after noon, officers responded to a report of a disturbance at Motel 6 located at 210 S. Interstate Plaza Drive in Lehi, the statement said. The initial report was of a man and woman possibly having a physical fight; the man left northbound on foot.

Officers arrived in the area and located the male near Main Street and 1100 East. The man identified himself as Terry Carter and gave a date of birth of 11/23/1983. He allegedly lied about his identity and birth date and was later identified as Kerry Carter.

“I explained to Kerry that we had a report of a disturbance between him and a female at Motel 6,” the arresting officer wrote. “Kerry told us that it was just a verbal argument. Officers transported Kerry back to the motel. After several searches I was able to identify Kerry in the state system. I found that Kerry has 23 no-bail warrants for his arrest. These were for fraud, forgery, and mail theft charges.”

Carter was taken into custody for his outstanding warrants. A search was performed of the suspect and his backpack. The arresting officer found a large stack of mail in envelopes, some opened and some still sealed. All were addressed to different people and had different address on them, the statement said; a large number of them were from addresses that were close together in the Woods Cross area.

“I contacted a Sergeant from the Woods Cross area,” the statement said. “The Sergeant advised that they had recently received a large number of mail thefts and vehicle burglaries in the area and he had already made contact with some of the names on the mail.”

A search warrant affidavit was submitted and served for the hotel room. Officers located another stack of mail addressees to multiple different people from Salt Lake County. Officials found over 40 different pieces of mail addressed to 38 different people. The arresting officer made contact with nine of the 38 people by phone. Another person’s name who was on a piece of mail died in 2002; a detective was able to make contact with another person on the list. None of the people in question knew Carter, the statement said. Some had already made reports of mail theft to their local agencies. Officers will continue to follow up with all the owners of the mail, the statement said.

Carter was transported to the Utah County Jail for booking on his outstanding warrants. He is being held without bail. 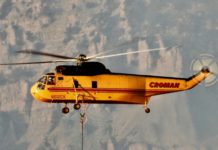